Hello reader, let’s get down to business.

To start things off, a couple months ago in February, Frog Hop was released. After a request from a friend, I have now made an official Frog Hop Itch.io Page!

Other than that…it has been doing okay, not really exploding in fame. The summer sale occurred on steam so I went ahead and set that up for the game. But in terms of any upcoming things regarding Frog Hop, there’s not much to say, very minor updates have been done but nothing really planned for it.

Press-kit received a very minor update with descriptions and links.

The Tiny Warrior guy in the logo will be getting an update slowly as time goes.

The main reason for this change was because it was hard to read the silhouette and someone had pointed out that it kind of looked like an elephant, so the change was made and it looks much more balanced and much more to the point.

My game Drone Strike was finished for the One Game A Month Jam. (April 2017)

It was quite a challenging endeavor since I had never made a SHMUP in my life, and I was still recovering from the release of Frog Hop. I was able to add multiple difficulties which has gotten me thinking more about how I should go about approaching games. I studied games such as Raptor: Call of the Shadows, Jamestown, Ikaruga, Gigawing, Twin Cobra and several other obscure games in that genre. Making multiple difficulties, while nice for players, really takes a toll on level count and because you’re redesigning the same level over and over.

Back when I started learning to make games with Game Maker, I had struggled a lot with coding. I remember when I wanted to attempt to try and make a SHMUP back when I learned GM. It went very poorly, but funny thing is I still do have the original Game files. Here’s a sample for taste:

old GM project from years back. 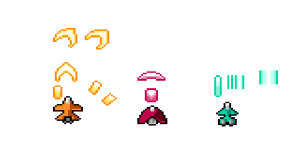 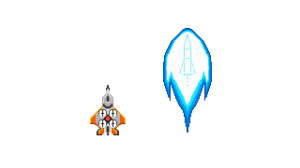 Actually…this whole game concept existed for a very long time, I often questioned why SHMUP games even bother having a fire button when you’re never going to let go. A lot of old concepts got thrown out the window, so a lot of ideas were tossed aside, which I would say is what helped make it possible to complete this game jam project.

Wait what? different player ships? yep it got scrapped, I simply didn’t see a good enough reason to have them since the mechanics already spoke for themselves in the game. Plus I wouldn’t have been able to finish it for the game Jam.

All in all, I’m pleased with what I was able to pull off for this jam. The gameplay mechanics, sprites, music, difficulty balance and secrets worked out really well.

Kangaroo Escape, an experiment for myself mainly to see how I could go about making an old arcade styled game like bubble bobble with some progression. It’s done. Don’t let it deceive you……hehehe……

check it out here 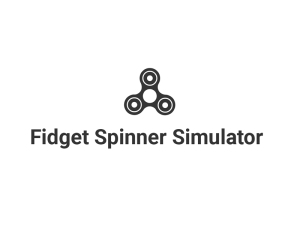 Check out his games and stuff at his game company Jolly Crouton Media.

We came up with the brilliant idea of making an “idle” game with the latest (old) fad of using a fidget spinner.

His voice work was absolutely incredible and I would HIGHLY recommend bringing him on board if you are in search of a voice actor. seriously just play the game and experience how gosh darn good it is. Also pretty piano music.

TAKE A GANDER AT FIDGET SPINNER SIMULATOR HERE YOU

The primary reason I have developed these smaller games since Frog Hop is to help continue improving my Development approach, finding what works best and what I’m most comfortable with when it comes to creating projects.

The main reason I have focused on these smaller games is the “high point” during development, where you are having more fun and enjoying yourself.

Because of this, making smaller games lets me do just that. Be able to enjoy myself as much as I can during that “fiery passion” phase and still finish games. Despite this approach, it hasn’t been easy, and there’s still a lot of work that has to go into them. A LOT of it is stuff that no one cares about, grindy, glitchy and boring stuff such as fixing bugs(things not behaving as intended), constantly replaying and retesting the same thing for hours until if cooperates. This aspect is pretty inevitable when it comes to developing video games. The reason I mention this is because doing this for years can become extremely detrimental to motivation and morale. So smaller projects means a significantly higher chance of completion. In fact this has really helped me exercise control of project scope and avoid adding too much to a game. Which had happened to Frog Hop, project creep is your worst nightmare. So I’ve really been focused on being able to keep a healthy scope on a project with these smaller games and just throw out those ideas that you’re oh so in love with because they probably suck.

Yeah, you nailed it, that’s definitely what I’m working on. You got me, good job.

I have borrowed Ocarina of Time 3D from a friend, I went and tried to speedrun through it so I could unlock master quest since I’ve never done it. Now that I’ve finally trudged through normal mode, I’m really enjoying master quest and it’s unique puzzles.

I’ve also been playing breath of the wild (FINALLY) and it’s…I mean good grief it’s freaking huge…That’s really all I have to say about it.

I’m excited to play Iconoclasts, a game that developer Joakim Sandberg has been working on for 7+ years. That guy outclasses me super hard with game design, and the fact that there’s so much mystery with his game’s story, and that he is a developer that really goes out of his way to fine tune mechanics. It really has ramped up my interest to play his game.

Check out Iconoclasts when it comes out

As random as this is, I recently reached out to Final Form Games. They made the game Jamestown and Jamestown Plus. It’s a cooperative shoot em up. In fact it was one of the handful of games that I studied while I was developing Drone Strike. It’s uncertain what they are making but I am VERY certain that they are working on a game. So I can’t wait to see what it is.

Cuphead, oh boy that games looks good. But does it play well? Boss rush games are super intriguing from a design standpoint but from a game-play perspective, they are super difficult to get right. (the only game that I have really felt that a boss rush works well is Shadow of the Colossus). Despite this, I still will play this game and I am pretty darn good at run and gun games. So I’ll still give it all I’ve got to play-through that game. Plus I’m super curious to see the really creepy stuff that they’re gonna put in it. Cuphead is coming in the fall so yeah, hype!

…and that’s all I have to say in this post. I know it’s a lot but I hope it entertained, intrigued, interested you. I’m thinking maybe I could do a development rundown on my games or just do a youtube behind the scenes vid but who knows. IT’S ALL A MYSTERY.